Skip to primary content
Changazi told Mortenson how he squared his dalliances with his devotion to Islam. Heading to his mosque soon after another Inge or Aiko wandered into his sights, Changazi petitioned his mullah for permission to make a muthaa, or temporary marriage. The custom was still common in parts of Shiite Pakistan, for married men who might face intervals without the comfort of their wives, fighting in distant wars, or travelling on an extended trip. But Changazi had been granted a handful of muthaa already since the climbing season began in May. Better to sanctify the union, however short lived, in Allah’s sight, Changazi cheerfully explained to Mortenson, than simply to have sex.
Mortenson asked if Balti women whose husbands were away could also be granted muthaa.
“No, of course not,” Changazi said, waggling his head at the naivete of Mortenson’s question, before offering him a biscotti to dunk in his tea.
……………………………………………………………………………………………………………………………………………….
He told Mortenson how much he missed his wife, Rhokia. It had been nine years since he lost her in gaining their only child, Jahan. ” She was very beautiful,” he said,as they lay looking the Milky Way that was so dense it covered them like a shawl. “Her face was small like Jahan’s, and she was always popping up laughing and singing, like a marmot.”
“Will you marry again?” Mortenson asked.
” Oh, for me this is very easy,” Twaha explained. One day I will be nurmadhar and already I have a lot of land. So far I don’t love any other woman.” He lowered his voice slyly. “But sometimes…I enjoy.”
” Can you do that without marrying?” Mortenson said. It was something I’d been curious since coming to Korphe, but had never felt confident enough to ask.
” Yes, of course, ” Twaha said. “With widows. We have many widows in Korphe.”
Excerpt from ”Three Cups of Tea” by Greg Mortenson and David Oliver Relin
*********************************************************************************
Sexual Drive and Intercourse: A Male Authority? Upon reading this book and hearing from a friend encountering similar situation have triggered this question on my mind! I have a friend who came to me saying that she was denied the rights to expect for affection from her partner as she should not be expecting for affection and it is something that’s given out of his will, whenever he feels like doing it.
I’m not sure if this is a global mentality that has seeped into mankind long time ago or if it’s just a social stigma pertaining some societies still, like people in the Middle East and conservative Indians all over the place. I can’t say that men from the West are different as I can’t judge what I don’t know. What has baffled me badly is the total injustice imposed on women on the rights to exhibit sexual desires, even from their partners. Living in a society which has believed that woman should uphold modesty and decency has made things worst. Such way of thinking has indirectly given men the way out from all wrong-doings. It has somehow granted them to do what women has been prohibited from doing. Take the ever-undiminishing rape issues in India as the perfect example. Men has continued to violate women as they are wallowed by chauvinism and think they could get away easily from the crime, blaming the women for being out at the wrong time and dressing indecently.
Any unfortunate events that happen to women are solely their responsibility. What’s more painful is some of them are even accused of enjoying the rape and not trying to fight the rape back. On the other hand, society has failed to realise that women, just like men, have sexual drives, as part of nature’s way of ensuring continuity of mankind, a necessity in life. Ladies being subjected to blames of being bitchy and labelling them as women of low-morale are just another sad case that has eventually succumbed to pure injustice and violation of women-rights. What privilege do men have to get away from the same sins that women commit? 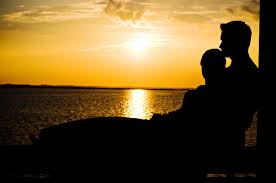 Romance is something both women and men have rights on and it is not a ‘male-feeling’. A good relationship between man and wife is based on mutual understanding and fulfilment of each other’s needs. That includes sexual desires too.

16 thoughts on “Sexual Drive and Intercourse: A Male Authority?”