Skip to primary content
Why Indian men? Some of you may ask. Because I have dated Indian men before so it’s not justified to generalise it to all men, whom I don’t know of. But, I know this criticism applies to men of other races too and if you are a non-Indian man reading this and you feel this post should be dedicated to you too, then this is for you too!

* When I say Indian men, it refers to the race not the nationality.

You may be more educated than him. Or have better sense than him. But, when he says the sun rises in the West and sets in the East, you should agree with him. Because he is a man and he is freaking right all the time.
Breaking an (any) Indian man’s ego is like cracking a tough nut! Try telling one he is wrong at any point of his senseless talk, his ego gets upset and soon you can see his effort to intimidate you with his ugly hoarse voice!

Obedience and manners are something meant for women and it’s solely their responsibility to uphold modesty all the time. Men can be out with any friends of his choice at any time of the day. Men can ogle at any girl they want and even tell that to their spouses. Indian men can sleep around with any woman because they are men, they need experience screwing up a girl to show that they are men enough to their wives.

Let his woman do that, instantly, she is labelled a slut and whore! Woman are not supposed to talk about other men as this would instigate jealousy in them. Worse still, a widow is not supposed to remarry to support her children but a widower somehow finds a girl in replacement for marriage (and that too young, unmarried girl!!)
3.    Wife, A Source of Income
Gone are those days where man used to be the sole breadwinner of the family, the one who works hard to support the family financially! Shame on Indian men they are nothing more than leeches, draining their spouses energy and income to run a family. Dowry is one dirty culture of Indians that still prevails till date. Man marries a woman just for the amount of wedding gift they get in return. The lesser they get, the more the beatings and swearings the girl has to face from the man’s family.
On top of that, educated and working girls top any man’s preference as these girls could bring continuous source of income to the family. It could also be an excuse where they could rot at home all day long not moving their lazy asses to work!

4.   They Need Smart But Stupid Wife

Indian men need wives who are intelligent and independent. A woman who is respected and someone who can impress a man’s group of friends. She has to be smart in handling a family and professional job. She has to be beautiful like a Greek-goddess even if he looks like a duck! But she has to be stupid enough to put up with his extreme stupidity, fund his unnecessary expenses and good-for-nothing habits, agree to whatever decision he makes as the MAN of the house and face the consequences that follow!

For most Indian families, when a girl gets married to a man, it’s like getting married to his entire family. She is obliged to the decisions and critics the mother-in-law makes! She has to please not only him but the entire family! She has to do all the chores and housekeeping. All these for FREE!
Try complying to all these rules and regulations, you will still be labelled as a woman hard to handle 🙂 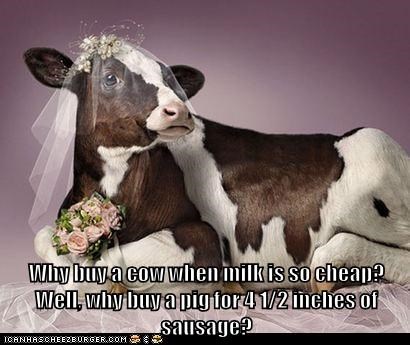 23 thoughts on “Why Indian Men Don’t Deserve Their Women?”