Skip to primary content
I have been called to write my thoughts on this issue as I have been seeing some articles around in the internet by some people who have different opinions on the recent incident of Boston bombing. While some of us feel bad for the horrible act of terrorism in Boston, regardless of what race the victims belong to, some others feel that the world is not considering the death of hundreds others in other part of the world as severely as the three victims who died in Boston bombing especially in the Muslim world and this fact has caused an uproar in the society.
Who to blame for? What stand should the society take when it comes to terrorism? 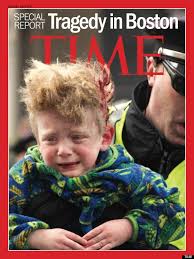 It is saddening that terrorism is not getting an even media coverage worldwide. The world of media and news are more focused on issues pertaining developed countries like the States and this has caused uneasiness among people from Third World Country on the fact that their voices aren’t heard off as much as people in Boston or just anywhere else in the world where news about their country reaches the entire world within a couple of of hours. I feel this is the root cause of all ill thoughts bedevilling all societies. I feel the amount of death shouldn’t be the sole measure of how worthy life is. People fail to realise that even when Boston gets the attention of media, someone somewhere else in the same country is being discriminated, is being killed just like the way the Syrians are getting killed and it’s NOT in the cover of any newspaper. While some issues come to limelight, some still remains undiscovered. Syria is one of the example, but there are so many countries sharing the same fate such as Sri Lanka on the issue of brutal mass murder of Indians in Sri Lanka.
2) Prejudices
It is WRONG to judge every single Muslims you see on the road as a terrorist just because you have heard some of them have taken part in terrorism before. It is also wrong to judge that ALL Americans harbour resentment towards the Muslims and they do bad to the Muslims. I love reading stories from the Middle East and I feel the difficulties living life there and some stories of bold women inspire me a lot. The latest book I read on Middle East is the Three Cups of Tea by Greg Mortenson and David Oliver Relin. It is a real life story portraying an American’s effort in building schools for girls in Pakistan in return of the favour the mountain villagers have done for him during his expedition to climb K4. This is an ongoing humanitarian work which received its resources from Americans. Greg was strongly opposed by some fellow countrymen and claimed his work as an act of betrayal to the country when 7/11 incident occurred. While some others applaud his effort and acknowledged the fact that only love can drive hatred away. So while humanitarian works are still being done by part of the Western countries to the ones on the other side of the world, it is not justified to judge a race based on an event alone.
Maybe someday the world would come the realisation that harbouring anger and revenge will not provide the  eternal solutions to terrorism. Boston and Syria, you are in our prayers!