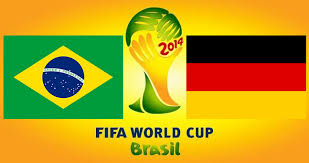 I wish I could blog as many times I want in a day! That happens if only I could kick all other work aside. I come across at least one news in the headlines of a local newspaper or on my Social Media news feed that would certainly piss me off and makes me wonder if the battle against sexism ever works.
So, last night\’s (depending on where you are) match saw Brazil as the host of the FIFA World Cup 2014 ending their journey in the world\’s most prestigious football match. Yes, it was a bad loss. They were defeated by Germany by a score of 7-1. It\’s was a joyful moment for the entire fan club of Germany and they took this victory as an opportunity to humiliate Brazil widely on social media.
Just google out this hashtag #brazilraped and you will find out how many idiotic fans are actually celebrating the defeated opponent by coining the term \’raped\’ to humiliate them. Are rape victims supposed to be humiliated? Is rape even a reason for celebration?
I urge you to check out the posts about the match happened less than 12 hours ago on your social media stream to see if you have any sexist friends. I spot a couple of them and I also had a Facebook page moderator criticizing this act of complete stupidity.
You would be surprised to know that people actually welcome this lame joke and think that it is okay to post such thing online when in reality we are actually supporting the idea of shaming victims of sexual violence.