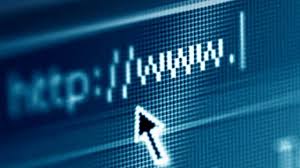 Obtaining information isn’t that difficult as compared to our forefather’s generation where they solely depended on book and printed information to gain knowledge and news. We are living in a generation where everything is on our fingertips provided we work for it. Not even work, just a little extra effort to search Google for the needed news. By doing that, not just one but millions of relevant information would be available to you in your search engine results.
With great ease of getting information, comes the problem with the credibility of it being questioned greatly! The widespread of news can’t be stopped over the internet and vigilance of the ones reading is required to filter the news? Are we good enough at it?
I have experienced this lately when my country had the General Election on the past May 5th. So we all had an expectation on mind and we wanted this election to topple the government, the very much badly performing government which obviously doesn’t deserve to be coined as the longest ruling political party among democratic countries. We all went to cast our votes and waited eagerly on that day for the result only to know that it would actually end up in disappointment.
We have been getting extensive news regarding the results of the election through internet, which reveals a lot  on the dirty politics during the election day with pictures and videos being uploaded every now and then via YouTube. As we were so outraged on what was happening, people spoke about how badly the election was conducted and how certain parties were claiming false victory. Due to this fact, that people listen more to the bad side of one political coalition, there were news all over the place such as the very popular social media, Facebook about how cheating went on to the extent that I saw a troll on Facebook regarding the announcement of increment in bread’s price a few days later after the election. I never fall for the false news as I always knew the price of that particular bread which has always been the same even before election. So people were trying to spread the wrong information and the public ‘shared’ the false news all over the place. There was once also something regarding oil price hike going viral also on Facebook and people, including me, immediately ‘shared’ the news and luckily I was saved by a friend who told me that the news was from last year’s paper.
Print media and internet have always been bias! The only good thing now is we have access to more news and sources from various places through the internet. People should take it to their advantage to gain more truthful news. People should have extra vigilance when it comes to getting news from the internet and they are solely responsible to filter the bad and take the good. Most importantly, track the internet information fallacy before sharing!
Follow Thoughts And Views That Matter! on WordPress.com